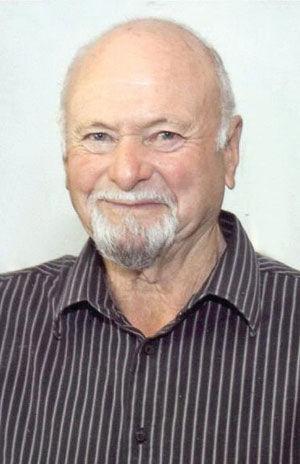 Zotic DeWayne (Frenchie) Brouillette, age 82, of Exeter/Cordova, died Wednesday, Feb. 10, 2016 at his home in Cordova with his family by his side.

He was born at the family home in Franklin County on May 16, 1933 to Zotic and Bertha (Rogers) Brouillette. On April 20, 1954, DeWayne married Ruby Ann Morris of Stromsburg. They were blessed with four children, Deb, Doug, Gary and Greg. DeWayne farmed in York County for several years.

DeWayne loved collecting antiques, telling what things were made of and their purpose. DeWayne’s favorite drink was Black Velvet and water which he would always share… it signaled the start of story time for him. DeWayne helped to raise some of his grandchildren. He taught them honesty, manners and so much more. DeWayne was an avid sportsman. He belonged to Ducks Unlimited for several years. He would allow his friends to hunt on the farm which is a wonderland for deer and turkeys.

Survivors include his daughter, Deb (Alan) Banks, of Friend; sister; Beverly (LeRoy) Carey, of Bennington; sisters-in-law, Jessie Morris, of Iowa, and Jean Reese of Osceola; daughters-in-law, Laurel Brouillette of McCool Junction, Deb Brouillette of Osceola and Joan Brouillette of Exeter. DeWayne is also survived by several grandchildren and even more great-grandchildren, along with numerous nieces, nephews and several cousins. He has more great-grandchildren on the way. DeWayne had a very special friend that brought one last smile to his still handsome face, Helen Dallas of McCool Jct. Thank you so much for that.

DeWayne is preceded in death by his wife, Ruby Ann; sons, Doug, Gary and Greg; parents and an infant great-granddaughter, Abigail Hohman.

Memorial services will be held at 10 a.m. Saturday, Feb. 20, 2016 at Metz Mortuary, with Aaron Phillips officiating. Inurnment will follow services at the Exeter cemetery in Exeter. The family will be reunited. We will be putting Ruby, Greg, Gary and DeWayne in their final resting place, joining Doug. The family will be greeting friends at Metz Mortuary between 7 – 8:30 p.m. Friday, Feb. 19, 2016. Memorials may be directed to the family for later designation.  ​