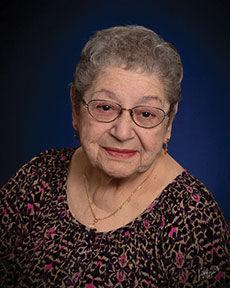 She was born Sept. 22, 1926 in Bronx, N.Y. to Pietro and Katherine (DeFelisbus) Palmisano.  Yolanda was united in marriage to Norbert C. Grosor on June 30, 1945 in Younkers, N.Y. The union was blessed with four children, Allen, Mike, Patsy and Catherine.

Yolanda was a member of Peace Lutheran Church in Waco, LWML, enjoyed quilting, cooking and baking. She also helped with the Orphan Grain Train project. Crocheting was one of her favorite pastimes and she loved making baby hats and other items for people in the Hearthstone. She was a charter member of the York Senior Center and in 2014, Yolanda was selected as the York News-Times Difference Maker. She was the co-chairman of the “chicken feed” committee and made the best spaghetti and meatballs.   Yolanda was the true definition of an “Italian Grandma.”

Funeral services will be at 2 p.m. on Friday, July 15, 2016 at Emmanuel Lutheran Church in York.  Interment will be in the Waco Cemetery. Visitation will be from 1-9 p.m. Wednesday and from 9 a.m. - 9 p.m. Thursday at the mortuary. The family will greet friends Thursday evening from 6 - 8 p.m. Memorials may be directed to Peace Lutheran Church.​