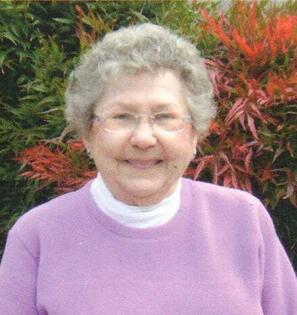 Wilma Jean Bachelor, age 77 of York, passed away peacefully at home with her loved ones by her side on Thursday, July 9, 2015.

She was born June 2, 1938 at York to Ivan Charles and Genevieve J. (Cartwright) Hiett. Wilma and John R. Bachelor were united in marriage on Aug. 1, 1958 in Newkirk, Okla.

Wilma worked in the food and hospitality industry, the State of Nebraska Department of Corrections for 19 years and at Wal-Mart over ten years. She was a member of St. Joseph Catholic Church in York, St. Joseph Altar Society and the Red Hat Society in York. For her many years of service at the Department of Corrections, she was presented the honorary award of Admiral in the Great Navy of the State of Nebraska.

A Mass of Christian Burial will be held at 10 a.m., Tuesday, July 14, 2015 at St. Joseph Catholic Church in York with burial in York’s Greenwood Cemetery.  A rosary service will be held at 6:30 p.m. on Monday at the mortuary. Visitation will be from 1-9 p.m. Sunday and from 9 a.m. – 9 p.m. Monday with the family greeting friends two hours prior to the rosary and following the rosary. Memorials may be directed to York Adopt-A-Pet and to Tabitha Hospice.​