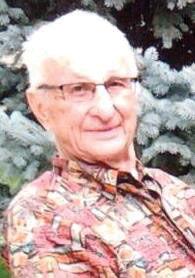 He was born March 26, 1926 in Henderson to William and Sarah (Huebert) Friesen. He was baptized in 1943 by the Reverend A.W. Friesen. Willis and Lena Wall were united in marriage on Oct. 6, 1946 at Bethesda Mennonite Church in Henderson. Three children, Bill, Krystie and Lori, were born to the union. Willis owned and operated Friesen IGA. He belonged to the Commercial Club in Henderson and the Lion’s Club.  Willis enjoyed bowling, photography, and collecting model trucks. He was the unofficial “Sidewalk Superintendent.”

Willis is preceded in death by his parents William “Barber Bill” and Sara Friesen.