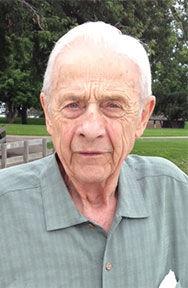 He grew up in York and entered the Armed Forces at the age of 17. Bill married Shirley and they resided in Colorado while they raised two daughters, Cathy Baldwin and Lisa Vavrik. He was a regional manager for Coca-Cola Foods Division. In 1991, Bill moved to York where he lived for several years before moving to Yankton, South Dakota with his partner Helen Neilson. He was a beloved father and grandfather who will be greatly missed. See you around, Grandpa.

Military graveside services will be held at 10 a.m. Friday, July 10, 2015 at Greenwood Cemetery in York. Cremation. No viewing or visitation.  Memorials may be directed to the family for later designation. ​