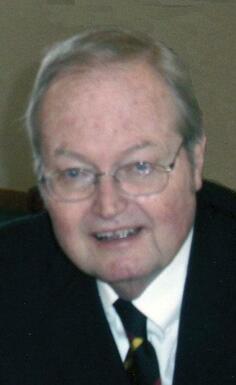 Bill is survived by his wife, Peggy Sutter of York; son, William D. “Tripp” (Kelli) Sutter of Elkhorn; daughter, Tiffany (Doug) Straus of El Cerrito, Calif.; step-children, Jeff Tasset of Los Angeles, Calif., Mike Tasset of Fremont and Shelley (Tim) Hourigan, of Omaha. He is survived by his grandchildren, Hadley, Paige and Emily Sutter, Ben and Keeley Hourigan and Henry Tasset. Bill is also survived by his brother Robert Sutter of Columbia, Mo. and David (Rebecca) Sutter of Midland, Texas, along with several nieces, nephews and a host of friends.
He was preceded in death by his parents.
​
Memorial services are scheduled for 10:30 a.m., Friday, Aug. 25, 2017 at Emmanuel Lutheran Church in York with the Reverends Mike Neidow and Ben Kaiser officiating. Private family inurnment will be held at a later date. Cremation, no viewing or visitation. The family will greet friends and neighbors from 6 – 7:30 p.m. Thursday evening at Metz Mortuary. Memorials may be directed to York Public Schools Backpack Program.