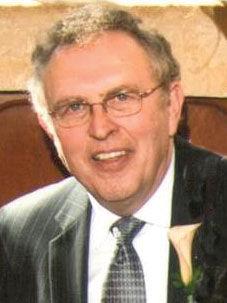 He was born June 29, 1945 in Beatrice to William and Hilda (Falkenroth) Scheve Sr. He spent six years serving in the Army National Guard. Bill was united in marriage to Sallie McLaughlin on Feb. 21, 1970 in Edgar. Sallie passed away in November of 2007 and on March 14, 2009, Bill married Jean (Steele) Paben at Peaceful Valley Ranch in Lyons, Colo.

Bill worked in the banking industry his entire life. He began as a bank examiner for the Federal Deposit Insurance Corporation for six years. He was Vice-President/Trust Officer at Overland National Bank in Grand Island for seven years, Ag Lender at Norwest Ag Credit in York for 16 years which later changed to Wells Fargo for the next three years.  Most recently he was the Executive Vice-President at Midwest Bank in York until his retirement in 2010. In addition to banking he farmed with his brother Rich in the Beatrice area.

Bill was an active member of Emmanuel Lutheran Church and the community of York.  He was a member of the York County Development Corporation for six years, York Community Builders, York County Civil Service Commission for 20 years, and the Optimist Club. Bill was honored in 2009 by being chosen as Yorkfest King. Bill’s family, especially his grandchildren, were his greatest joy.

Left to cherish his memory is his wife, Jean of York; daughter, Melanie and husband Chad Springer and their children, Garrett and Sydni all of Lincoln; son, Jeff Paben, his wife Laurie and their four children and six grandchildren of LaPorte, Colo.; daughter, Jennifer and husband Matt Ruud and their two children of Brighton, Colo.; brothers, Richard Scheve and wife Mary of Beatrice and Lloyd Scheve and wife Jeanne of Blair; sisters, MaryAnn and husband Larry Ring of Alliance and Susan and husband Arden Miller of Lodgepole. Also surviving are nieces, nephews and a host of friends. Preceding Bill in death were his parents and his first wife Sallie.

Funeral services will be held at 2 p.m. Thursday, Aug. 4, 2016 at Emmanuel Lutheran Church in York. Burial with military honors will follow in York’s Greenwood Cemetery.  Visitation will be from 5-9 p.m. Tuesday and from 9 a.m. - 9 p.m. Wednesday at the mortuary with the family greeting friends from 6:30 - 8 p.m. Wednesday evening.  Memorials may be directed to Emmanuel Lutheran School or the donor’s choice.​