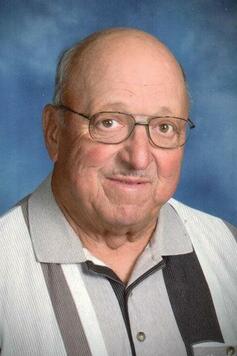 Bill was born Dec. 29, 1938 to Arthur and Edna (Halverson) Jacobsen at McCool Junction. On Aug. 2, 1959, Bill was united in marriage to Dorothy Ronne in Lushton.

Bill was a lifelong farmer in York County. He was a member of the McCool Junction United Methodist Church and a member of the York Elks Club. He was an avid sports fan, enjoyed supporting local activities, but most of all, loved his family and spending time with them.

He is also survived by his brother, Chuck (Joan) Jacobsen of McCool Junction; sister, Pat (Arlo) Kranau of Blue Hill and sisters-in-law, Glenda Jacobsen of York and Delores Swartz of Fairmont.

Funeral services are scheduled for 2 p.m. on Friday, March 4, 2016 at the First United Methodist Church in York with the Reverend Ralph Gaines officiating. Burial will follow in Pleasant Ridge Cemetery in McCool Junction. Visitation will be from 1 – 9 p.m. on Wednesday and from 9 a.m. –  9 p.m. on Thursday with family greeting friends between 6 – 8 p.m. Thursday evening. Memorials may be directed to McCool Junction United Methodist Church or to the family.​