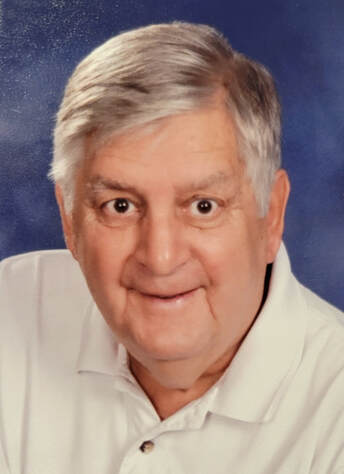 Bill had worked for the Nebraska Department of Roads for his entire career as an engineer and project manager. He was a member of St. Patrick’s Catholic Church in McCool Junction and the Knights of Columbus. He was also a member of the York Elks Lodge, enjoyed gardening, and was a Red Sox fan. He was an avid Husker football fan and held season tickets since 1965.

He was preceded in death by his parents, his brother Don and his brother-in-law Thomas Scholz.
​
A Mass of Christian Burial will be held at 10:00 am, Monday, March 21, 2022 at St. Joseph Catholic Church in York with the Reverends Father John Sullivan and Father Eric Clark officiating. Burial with military honors will follow at St. Joseph Catholic Cemetery, York. A rosary will be said at 7:00 pm on Sunday evening at the church, with his family greeting friends one hour prior to the rosary. Public visitation will be held at the mortuary on Sunday from 1-4 pm. Memorials may be directed to the Tunnel To Towers Foundation (www.t2t.org) or to St. Joseph Catholic School in York.
​
​Condolences may be emailed to Metz Mortuary Messages will be given to the family.
Find our featured Mortuary in Family Services, Funeral Services and Grievance Services featured as a York, Nebraska Business in York Marketplace.
Location: Metz Mortuary | 109 South Lincoln Ave | York, Nebraska 68467 | Phone: 402-362-3351