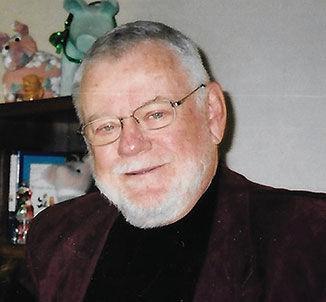 Born June 10, 1939 in Omaha and then adopted by his parents, Hugh and Lois Bovey of York. A proud Hastings college graduate, Bill served in the Army reserve while earning degrees in theater and English. William married Jane Toms in York on June 21, 1959. He worked in insurance before becoming a district manager for Cato Oil and Grease where he stayed until his retirement in 1997.

Dissatisfied with the slower pace of life, Bill and Jane along with son Sean opened the retail party goods store “Party America” in 1999 that is still open for business today in Kearney. William enjoyed playing golf, fishing and was an avid reader. A lifetime member of the NRA, Bill loved his guns, his family and Ronald Reagan. Not necessarily in that order. He believed passionately that Gene Autry was and will forever be the superior to Roy Rodgers in all things “Cowboy”.

Loved by his friends and family, he was survived by his wife of 56 years, Jane Toms Bovey; son, Sean Bovey; daughter-in-law, Jaimee Bovey; grandchildren, Ingrid Bovey, William Bovey, and Ezri Bovey. He will also be fondly remembered by his brothers and sisters-in-law and their numerous children and grandchildren. William was proceeded in death by his parents; brother, John Bovey of Amarillo, Texas and brother-in-law, Art Toms of York.

Memorial services will be held 10:30 a.m. Wednesday, Oct. 7 at the First Presbyterian Church in York. Burial will follow at the Greenwood Cemetery. Memorials are suggested to the York Adopt-A-Pet in lieu of flowers.​