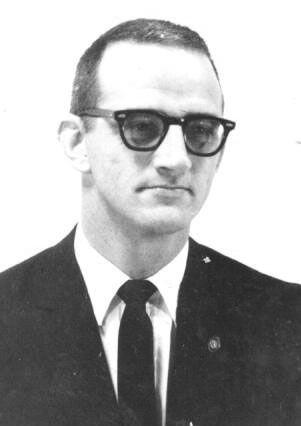 He was born Nov. 15, 1930 in rural York to Richard and Elizabeth “Betty” (Russell) Fitzpatrick. Bill was a 1949 graduate of McCook High School. He attended the University of Nebraska in Lincoln from 1963-1966 and later was graduated from the University of Missouri at Columbia in 1968. Bill and Mary Anne Bors were united in marriage on Nov. 25, 1967 at McCool, Jct. Bill was a lineman for several different public power districts. When he retired in 1992, he was the senior engineering technician at NPPD. He was a member of St. Patrick’s Catholic Church in McCool, a lifetime member of the NRA and a member of the Rotary club in Ogallala, NE. He enjoyed target shooting and designing his two houses.

Preceding him in death were his parents; one brother, John and brother-in-law, Harold Stewart.

A Mass of Christian Burial will be held at 10:30 a.m. on Saturday, Jan. 10, 2015 at St. Patrick’s Catholic Church in McCool Jct. Bill will be cremated following the funeral and inurnment will be in the Fairmont Catholic Cemetery in Fairmont. A Rosary will be said Saturday at 10 a.m., just prior to Mass. Visitation will be from 1-9 p.m. Thursday and from 9 a.m. - 9 p.m. on Friday at the mortuary. In lieu of flowers, memorials may be directed to St. Patrick’s Catholic Church or St. Joseph Catholic School in York.​