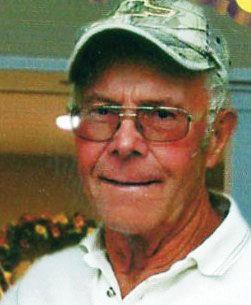 He was born Feb. 16, 1939 in Aurora, Mo. to Alfred L. and Lila (McBeth) Struebing. The family moved to Nebraska where he grew up in the Osceola/David City area. He moved to York and on June 18, 1961, he was united in marriage to Mary Mann, and to this union they were blessed with two daughters, Julie and Sheri. Wayne held many occupations including meat cutter for Stop N Shop grocery, the Butcher Block, Ideal Café and Dewied Casing Company.

He also worked for Champion Home Builders before going into business as the owner/operator of Struebing Construction. He enjoyed serving the community of York and surrounding areas with his gift of carpentry and homebuilding for 40 years. He also was an avid bowler, loved all sports, playing cards, going to the casinos, traveling, grilling and had a great love of animals and birds.

He is preceded in death by his parents.

Funeral services will be held at 2 p.m., Friday, Feb. 24, 2017 at Faith Lutheran Church in York, with  the Reverend Paul Kern officiating. Visitation will be held from 1 - 8 p.m. Thursday, with family greeting friends from 6 - 7:30 p.m. that evening. Burial will follow in Greenwood Cemetery, York. Memorials may be directed to the family for later designation or to the American Lung Association for pulmonary fibrosis research. Metz Mortuary will be handling the arrangements.​