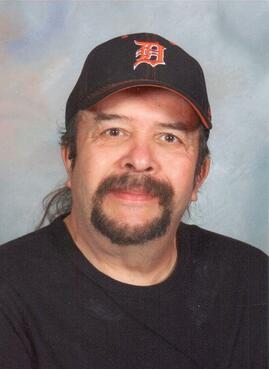 He was born March 26, 1958 at Seward to Louis P. and Margaret M. (Striggow) Hansen and graduated from Mankato High School in Kansas in 1977. Wayne was a custodian serving at  York Public Schools. Prior to that, he was a caregiver at Mosaic, Region V Services and Epworth Village, all in York. Wayne was a Navy veteran. He enjoyed Duke Sports, video games, watching wrestling and attending his daughter’s activities.

Wayne’s first wife, Rita Mahlberg died in 1988 while giving birth to their daughter Jessica. Jessica passed away as well. On Jan. 1, 2007 he was married to Patricia Celiece Crowdell at Arborville.

He is survived by his wife Patty of Benedict; two daughters, Cece Hansen and Eva Hansen both of Benedict; his sons, Tommy Mahlberg of Nashville, Tenn. and Ken Byrum of Rapid City, S.D. and his mother, Margaret Hansen of York. Also surviving is his brother, Mark Hansen and Donna Wood of Ogden, Utah; his sisters, Doris Roth of Utica and Linda (Ron) Englund of Holdrege; his mother-in-law, Celiece Crowdell of Benedict; brothers-in-law, Mike Crowdell, Doug (Josie) Crowdell and John Crowdell all of Benedict and special friends Jeff and Shelly Wicks of Fairmont. Wayne is also survived by grandchildren, many nieces, nephews and other relatives.

He was preceded in death by his father; first wife, Rita and infant daughter, Jessica; his brother, Roger Hansen and son Danny Byrum.

Memorial services are scheduled for 10 a.m. on Thursday, July 21, 2016 at the Metz Chapel in York with JayDee Scamehorn officiating. There will be no viewing or visitation as Wayne was cremated. Private inurnment will take place at a later date. Memorials may be directed to the family for later designation.​