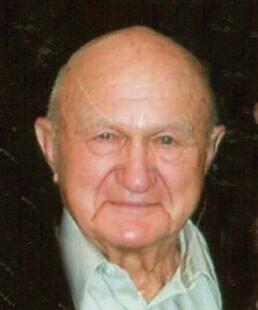 Walt was a life-long farmer in the Thayer area where he also raised cattle and hogs. Farming was his passion and hobby. He loved his work and also his family - the father of three sons Larry, Ralph and Virgil. In 1976, the children of Richard and Jnel Gruber (Debbie, Joyce, Janese, Ricky, and Vicky) joined the family due to the death of their parents.

He was a member of Zion Lutheran Church of Thayer where he was baptized, confirmed, and married. He was an active member in the church holding numerous offices and participating in Lutheran Laymen’s League, dart ball, and singing in the church choir. Later, after moving to York, he and Lucille joined Faith Lutheran Church.

He served on the school board for a number of years at Thayer and Waco and later with the consolidation of Centennial School District.

Left to mourn his passing are his wife, Lucille of York; sons, Larry (Cynthia) Heine of Waco, Ralph (Susan)  Heine of Ceresco and Virgil (Kathleen) Heine of York along with the children of Richard and Jnel Gruber, Debra (deceased) Bryce Nielsen of Stromsburg, Joyce (Jim) Prochaska of Ulysses, Janese (Jim) Seaberg of Stromsburg, Ricky (Vicki) Gruber of Waco, Vicky (Rod) Kopcho of York, and Shelly (Gruber) and Stephen Folkinburg and family of  Lincoln.

Surviving sisters include Esther Sackschewsky of York and Arlene Joseph of Hampton, along with sisters-in-law Francis (Wendell) Starr of Hastings and Florence Gruber of Waco.

Preceding him in death were his parents Otto and Emma Heine; his brothers and sisters-in-law, Martin and Marie Heine and Herbert and Adella Heine; brother, George Heine and sister and brother-in-law Helen and Ervin Pohl and brothers-in-law Donald Gruber, Alvin Ehlers, Paul Sackschewsky and Arnold Joseph.

Funeral services will be held at Faith Lutheran Church in York on Monday, Oct. 12, at 10 a.m. with the Reverend Dr. Heath Trampe officiating. Burial will be at the Zion Lutheran Church Cemetery rural Thayer. Visitation will be form 1-9 p.m. Saturday and Sunday with family greeting relatives and friends from 6:30 – 8 p.m. on Sunday. Memorials may be directed to The Lutheran Hour, Faith Lutheran Church, or to the family for later designation.​​