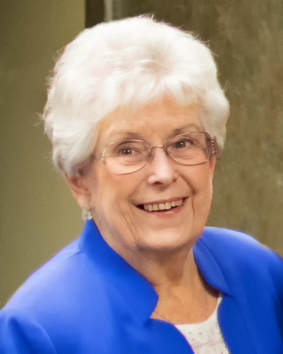 Virginia Ann (McFadden) Peek passed away on Saturday, June 16 2018 at Bergan Mercy Hospital in Omaha, NE at 78 years old. She was born to Alberta Belle (Jose) McFadden and Charles Alton McFadden on May 5, 1940 in McCool Junction, NE at home. She was baptized October 19, 2002 as one of Jehovah’s witnesses. Virginia attended Saratoga Grade school in Omaha and graduated from North High School in Omaha in 1959. She then went to Eden School of Hair Dressing. She worked in Omaha at her profession in a shop in her parent’s basement. She also went to live with her brother Charles (Mac) and sister-in-law Betty and worked in a shop in Oklahoma City for a while. Returning to Omaha in 1961 she met George Peek. They were married in 1962 and to this union 3 children were born. Don Lewis, Margaret Arlene and James Patrick. They lived in the house next to her parents in Omaha and Virginia had a beauty shop in the basement of their home.

In 1971 the Peek family moved to McCool Junction and purchased the grocery store from her sister Marie Jones and brother-in-law Harry Jones. They ran G & G Grocery until 1978. Virginia then babysat numerous children in her home as she loved each one of them like her own. In 1983 she started working at Wal-Mart in York when it first opened.

In March of 1998 she and George bought their dream home in Arkansas. Hey enjoyed having company and sitting on the deck enjoying the view and sharing stories with everyone. She worked at Wal-Mart  in Cassville, Missouri also for a total of 20 years with Wal-Mart. After retiring, she did some sewing for people and also helped at a nearby restaurant Port Orleans making pies and other items for them. She and George moved to Seward in 2013. After George’s death in 2014 she continued to live in her home. She enjoyed gardening, baking, sewing and especially going to garage sales and movie night with friends.

The end of May 2018 she was diagnosed with Leukemia. She fought a 3 week battle and was strong until the end when she lost her battle.

Memorial services are scheduled for 1:00 p.m., Friday, June 22, 2018 at the Metz Chapel in York. Private family inurnment will take place in the McCool Junction Cemetery. It was Virginia’s wish to be cremated so there will be no viewing or visitation. Memorials may be directed to her family for later designation.