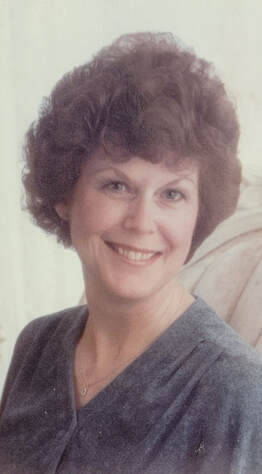 Virginia Ann Gates-Kleinholz, age 87, of York, NE passed away on March 14, 2022, at 9:00 a.m. in York. Virginia was born May 21, 1934, in Lincoln, NE to Martin H. Gates and Margaret Anna (Geringer) Gates.  Growing up in Lincoln she attended Hartley and Capitol elementary schools, Everett Jr. High and graduated from Lincoln High in 1952.

At the age of five she entered the Beginners Class at Grace Methodist Church 27th and R Street in Lincoln, NE, advancing to the Primary, Junior and Intermediate classes where she was baptized, confirmed and became a member of Grace Methodist Church.  She was a member of Jobs Daughters Bethel 5 in Lincoln.  Moving to York, NE in 1957 she joined the EUB/East Avenue Methodist Church. Virginia was a preschool Sunday school teacher for seven years, and secretary for the Board of Trustees for eight years. She was a member of all three circles, Hope, Faith and Charity. She also helped with many other areas in the Church. At the closing of East Ave Church, she transferred her membership to the First Methodist Church in York, continuing in Charity Circle as secretary.

She worked at Grants Dime Store in Lincoln, and T & T telephone company for five years where she did a TV commercial for Lincoln T & T. Moving to York, she continued to work for Lincoln T & T in York until it closed.  She was employed by Sunflower Beef Packers for fifteen years in the office and in the office at Pamida Inc for twenty years.

Virginia was a member of MUM Extension Club, Women’s Business Club, York Mrs. Jaycees, serving as treasurer in 1967. During the Miss Nebraska Pageants of 1965-1966-1967 held in York, she was the dressing room assistant, flower chairman and chairman of the Little Miss York Pageant. Virginia received the Mrs. Jaycees Sparkette Award.  She’s been a member of League of Human Dignity for thirty years. She bowled for Goodrich Dairy and Sunflower Beef Packers. She was a member of the York Senior Center.

Her hobbies were sewing, crafts, antique shopping, garage sales, redoing furniture, reading, watching westerns and movies, and listening to good ole’ country music. She loved being with all her families, friends and doing special things for neighbors while they were gone.

In 2005, she adopted her precious canine, Sniffer, age 4 ½ months old. They enjoyed walking four times a day, meeting all walks of people, and spoiling neighbor’s dogs with treats, and rescuing a turtle, rabbit, five baby racoons and a baby duck. We called Kathy Johnson to care for them.

She was preceded in death by her parents, infant son David Lee Kleinholz, son Randy Tidd-Kleinholz, sister-in-law Linda Gates, and her canine, Sniffer.
​
Memorial services will be held at 11:00 a.m., Saturday, March 26, 2022 at First United Methodist Church in York, NE with the Reverend Trudy Hanke officiating. There will be no viewing or visitation as it was Virginia’s wish to be cremated. In lieu of flowers, donations may be given to York Adopt-A-Pet.
​
​Condolences may be emailed to Metz Mortuary Messages will be given to the family.
Find our featured Mortuary in Family Services, Funeral Services and Grievance Services featured as a York, Nebraska Business in York Marketplace.
Location: Metz Mortuary | 109 South Lincoln Ave | York, Nebraska 68467 | Phone: 402-362-3351