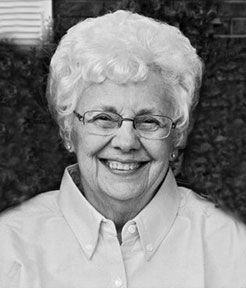 She was born March 26, 1929 near Lushton to John C. and Minnie (Friesen) Siebert. Viola was united in marriage to Alvin Leo Friesen on Nov. 14, 1947 in Henderson. She was a member of Bethesda Mennonite Church and Bethesda Women’s Ministries. She enjoyed gardening, playing games – especially Dominos, crocheting and making tea towels.

Graveside services will be held at 9:15 a.m., Saturday, March 19, 2016 at the Bethesda Cemetery in Henderson. Memorial services will follow at 10 a.m. at Bethesda Mennonite Church. Visitation will be from 1-9 p.m. Thursday and from 9 a.m. - 9 p.m. Friday at the mortuary in Henderson. The family will greet friends Friday evening from 7 - 8:30 p.m.  Memorials may be directed to MCC or Bethel College.  ​