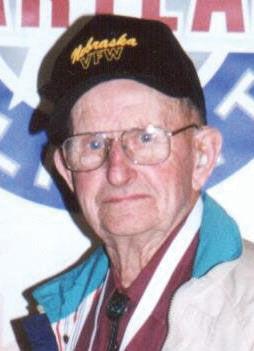 He was born Nov. 11, 1922 in York to Joseph and N. Blanche (Lund) Johnson. Victor graduated from York High School in 1941 and joined the US Navy in 1943, serving in the Pacific during WWII. He was honorably discharged in 1945 and returned to the York area where he farmed and raised livestock until his retirement. He was united in marriage to Dorothy Greenwood on Feb. 23, 1947. Following his retirement from farming Victor delivered mail for the York Public Schools. He was an active member of First Presbyterian Church in York where he had served as an Elder and Deacon.

Preceding him in death were his parents; brother, Dwight; granddaughter, Angela and son-in-law, Barry.