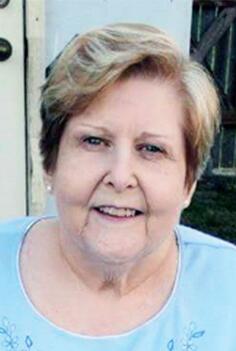 She was born July 1, 1951 in Kansas City, Mo. to Lawrence and Jenny (Bell) Claeys. Vickie lived in Marysville, Kan. most of her life. When she moved to York, she worked at York General Hospital as an emergency room clerk for approximately 15 years. Vickie enjoyed reading, watching movies and adding to her huge thimble collection. She adored her grandchildren and loved spending time with them during their many sleepovers.

Left to cherish her memory is her daughter, Lisa (Howard) Lovell of York along with her children, Johnnie Lovell of Thornton, Colo., Jennifer Lovell and daughter Layla Headley of York, Shane Lovell of York and Betty Jo Lovell of York; son, Scott (Angella) Schroller along with their children Chelsea, Ashley and Leighanna Schroller of Erie, Colo.; and special friends in Marysville and York.

Preceding her in death were her parents; ex-husband, James Schroller and special friends, Lonnie Sampson and Katie.

Memorial services will be held at 10 a.m. on Thursday, July 2, 2015 at the Metz Chapel in York.  Inurnment will be in the Marysville Cemetery in Marysville, Kan. No viewing or visitation.  Memorials may be directed to the family for later designation.​​