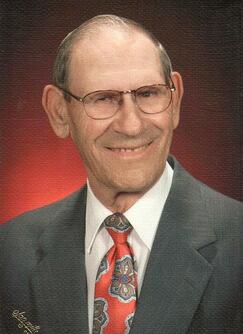 He was born April 24, 1930 on a farm near McCool Junction, Neb. to John and Emma (Witte) Mullner. Vern attended rural country school and then at age 15 began farming east of McCool Junction, and continued to farm until his retirement. On October 4, 1953 he was united in marriage at Gresham, Neb. to Phyllis Hans. They were former members of St. John’s Lutheran Church in Cordova and current members of Faith Lutheran Church in York.

Vern and Phyllis enjoyed playing in various card clubs, traveling during winters to Texas, trips with the York Fun Club and activities at the York Senior Center. Vern always had an avid love of John Deere tractors, had pet names for all his cattle and hogs and enjoyed dancing to a good polka.

Funeral services will be held at 10 a.m., Thursday, September 10, 2015 at Faith Lutheran Church in York with the Reverend Dr Heath A. Trampe officiating. Interment will follow at York’s Greenwood Cemetery. Visitation will be 5-9 p.m. Tuesday and 9 a.m. – 9 p.m. Wednesday with family greeting friends from 7-8 p.m. on Wednesday at the mortuary.

Memorials may be directed to the Alzheimer’s Association or the family for later designation.​
Condolences may be emailed to Metz Mortuary Messages will be given to the family.