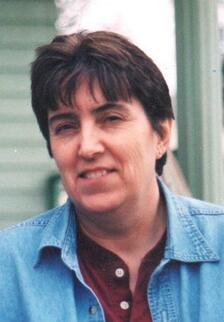 She was born Oct. 30, 1953 at Cozad to Alvin and Ruth (Owen) Nichelson. On Nov. 17, 1983, she was united in marriage to Mike Kroeker. Velma had worked at Eakes Office Supply, York State Bank, York General Hospital and Wal-Mart. She enjoyed quilting and had a love for animals, especially cats. She loved spending time with her family and friends.

She is survived by her husband, Mike of York; siblings, Sharon (Darrel) Hartman of Cozad, Ethel (Richard) Newbrey of Lancaster, Calif., Alvin (Sunny) Nichelson of Wichita, Kan. and Charlie Bodenmiller of Sidney, Ohio and nieces and nephews. She was preceded in death by her parents and nephew, Jeffery Hartman.

Funeral services are scheduled for 10 a.m., Friday, July 31, 2015 at Metz Chapel. Private family inurnment will be held at a later date. Visitation will be held from 1 - 9 p.m. on Wednesday, and from 9 a.m. – 9 p.m. Thursday, with family greeting friends from 7 – 8:30 p.m. Thursday evening at the mortuary. Memorials may be directed to the family.​