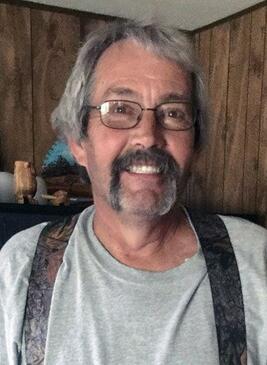 He was born Feb. 10, 1954 to William B. and Irene (Miller) Tucker, in York. Tom worked for several years as a production floor manager, at Crystal Lake Foods.

Tom was a 1973 graduate of York High School, and enjoyed watching sports, particularly Husker football. He was an avid outdoorsman, enjoying deer hunting, and fishing. He especially enjoyed spending time on Grove Lake, the Alexandria State Recreational Area and at Estes Park in Colorado. Tom also enjoyed gardening, photography, music, being with friends, family, and spending time with his grandchildren.

He is survived by his significant other, Lori Medinger of York; son, Shane (Keely) Tucker and daughter, Tammi (Matt) Scherer both of Lincoln, along with his grandchildren, Whitney and Hudson Scherer. He is also survived by his sister, Jean Stinson of Crete; brother, Bill (Anne) Tucker of Moneta, Va. and niece, Kim (Chris) Moss of South Carolina and nephew, Jay (Brenda) Stinson of Lincoln. Also surviving are Tom’s special friends, Mike and Sharon Hanke of York; Dave and Diane Hobson of Beaver Crossing; and Randy and Mary Erb of Royal. He is also survived by his loyal companion, Hunter, and several good friends.

He is preceded in death by his parents; brother-in-law, Jerry Stinson and several furry friends.
​
Memorial services will be held at 2 p.m., Friday, May 19, 2017 at Metz Mortuary in York with casual dress encouraged. No visitation, cremation. Memorials may be directed to the family for later designation.