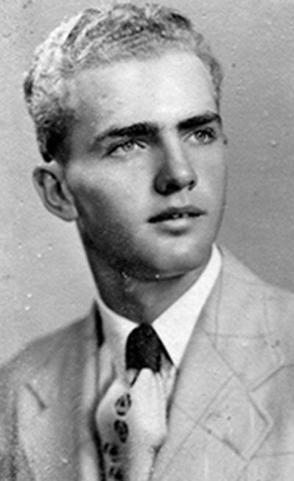 Theodore “Ted” R. Janzen, age 85, of Henderson, died Friday, Dec. 15, 2017 at Henderson.
He was born on Oct. 9, 1932 in Lehigh, Kansas to Peter C. and Susie (Regier) Janzen, the youngest of 16 children. Theodore accepted Jesus Christ as Savior and Lord when he was 12 years old and was baptized into Springfield K.M.B. Church.
Theodore grew up on a farm near Lehigh, Kan. with two neighboring families and their children. Theodore graduated from Maple Hill School District 100 in 1947. He graduated from Lehigh High School in 1951. During this time he enjoyed playing basketball, baseball, softball, and track.
In May 1951, Ted met a lovely girl, Elvina Peters at Henderson, Neb. They were united in marriage on Aug. 12, 1953. They started farming by Lehigh, Kan. and then decided to move to Nebraska, March of 1957. Together they farmed for 45 years. Many of his early years in Henderson included also working in construction while farming. In September of 1998, Ted and his wife decided to retire from farming and moved to Henderson.
Ted had been a member of Bethesda Mennonite Church since 1959. He was active in MDS and the MCC meat canner. Ted enjoyed traveling and taking tours to many places including: Hawaii, California, Washington DC, Brazil, Alaska, Washington, and Canada. Many of these trips were spent visiting family members, all while taking in the beautiful sites that God had made.
Ted is survived by his wife, Elvina Janzen of Henderson; sons, Jim (Carol Knieriem) Janzen of York and Mark (Shelley) Janzen of Aurora and daughters, Bonnie McCullough of Surprise, Ariz. and Sharon (Mark) Watkins of Hershey, Pa. He is survived by eight grandsons, Isaac (Kelly) McCullough, Ira (Melissa) McCullough, Justin (Jenna) Watkins, Luke (Sara) Watkins, Clint (Jillian) Watkins, Tyler Watkins, Joshua Janzen and Jacob Janzen and seven great-grandchildren, Jansen and Jeri Watkins, Malachi and Emmaline Watkins, and Andrew, Aaron and Allison McCullough.
He is also survived by his sister, Ruby Neufeldt of McPherson, Kan.; sisters-in-law, Elvera Suderman of North Newton, Kan. and Katherine Siebert of Henderson and brother-in-law, Stanley Peters of Crown Pointe, Ind.
Ted was preceded in death by his parents; seven brothers, John, Abe, Pete, Dan, Herman, Sam and Henry; four sisters, Margaret, Katherine, Susie and Esther and son-in-law, Lee McCullough.
Graveside services will be held at 1:15 p.m., Friday Dec. 22, 2017 at the Bethesda Mennonite Cemetery. Memorial services will follow at 2 p.m., at the Bethesda Mennonite Church in Henderson with the Reverend Jim Voth officiating. Visitation will be held Thursday, Dec. 21, 2017 from 1-9 p.m., with the family greeting friends from 6-8 p.m. Memorials may be directed to Mennonite Central Committee.
Condolences may be left for the family at www.metzmortuary.com.
Metz Mortuary, Henderson is handling arrangements.
Condolences may be emailed to Metz Mortuary Messages will be given to the family.
Find our featured Mortuary in Family Services, Funeral Services and Grievance Services featured as a York, Nebraska Business in York Marketplace.
Location: Metz Mortuary | 109 South Lincoln Ave | York, Nebraska 68467 | Phone: 402-362-3351