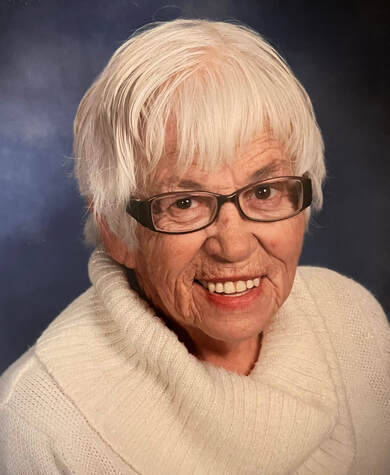 Thelma L. Roehrs, formerly of Henderson, passed away Sunday, Oct. 2, at the age of 87 in Lincoln, NE. She was born to August and Emma (Ball) Kaiser in rural York County. She was the third of four children. She attended Rural Henderson grade school and York High School. She graduated from York High School in 1953. Following graduation, she worked at Hartman Drug Store in York.  On November 6, 1955 she was united in marriage to Ardean Roehrs at Emmanuel Lutheran Church in York.   They were blessed with three children, Kim, Jerry, and Peggy.  The family made their home in York until 1975, when Ardean’s work took them to Holdrege, Nebraska.  Thelma was a member of Mt. Calvary Lutheran Church in Holdrege, Nebraska and Emmanuel Lutheran Church in York.

During their early years, Thelma enjoyed being a homemaker and raising her children.  Later she worked as a nurse’s aide both at York General Hospital and Phelps Memorial Hospital.  Thelma enjoyed spending time with her family and friends.   She allocated her time between Holdrege and the family farm in Henderson.  After Ardean’s passing in 2009 she made the family farm her home, where she lived until she moved to Lincoln in 2022 for health reasons.  Thelma had a zest for life and all who knew her appreciated her fun loving spirit.  Thelma enjoyed bowling, golfing, hunting and of course fishing.  She and Ardean enjoyed many hours fishing together with family and friends, especially for walleye at Harlan County Reservoir.

She was preceded in death by her husband Ardean, her brothers Jack and Jim (Rowena Batterton) Kaiser, her sister Marilyn (Leroy) Wiebe, Sister-in-law Rowena Batterton, Brother-in-law Leroy Wiebe and her parents August and Emma Kaiser.

Memorial services are scheduled for 10:30 am, Saturday, October 15, 2022 at Emmanuel Lutheran Church, York, Nebraska. Inurnment will follow in Greenwood Cemetery. The family will greet friends one hour prior to services. Memorials may be directed to the family for later designation.