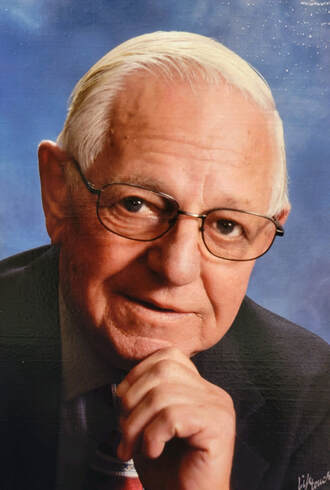 Stanley was a member of Emmanuel Lutheran Church in York, and a former member of Zion Lutheran Church in Thayer. He proudly served our country in the United States Army National Guard. He was a long-time farmer in York County. Stanley enjoyed dancing, puzzles and loved challenges. He loved spending time with his family, and his dogs.

He was preceded in death by his parents, second wife Jo, daughter-in-law Julie Schlueter, and grandson Timothy Meinzer.

Memorial services with military honors are scheduled for 10:00 a.m. Wednesday, June 1, 2022 at Emmanuel Lutheran Church in York with the Reverends Mike Neidow and Ben Kaiser officiating. Private family inurnment at later date. Stanley was cremated, however, the family will greet friends from 6-7:30 p.m. Tuesday, May 31, 2022 at Metz Mortuary in York. Memorials may be directed to the American Cancer Society or to the family for later designation.
​
​Condolences may be emailed to Metz Mortuary Messages will be given to the family.
Find our featured Mortuary in Family Services, Funeral Services and Grievance Services featured as a York, Nebraska Business in York Marketplace.
Location: Metz Mortuary | 109 South Lincoln Ave | York, Nebraska 68467 | Phone: 402-362-3351