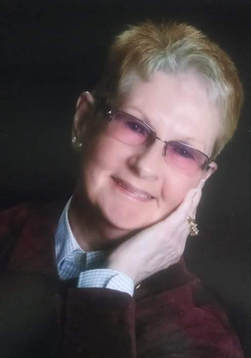 Sharron L. Rowe, age 80 of York, NE died Thursday, August 16, 2018 at York. She was born March 7, 1938 in North Platte, NE to Harry A.  and Marguerite L.  (Pearson) Samuelson.  She graduated from McCook High School and then married Gary E. Rowe on June 22, 1958 at McCook.  Sharron worked as a paraprofessional educator for York Public Schools Elementary for over 40 years and loved her job. She was a member of the First United Methodist Church in York where she was an active volunteer and a member of the Mary Circle, was a Teammates Mentor and thoroughly enjoyed being with her family, especially her grandchildren.

She was preceded in death by her parents, granddaughter Brandi Rowe and her sister-in-law Joyce Samuelson.

Funeral services are scheduled for 10:00 a.m., Wednesday, August 22, 2018 at the First United Methodist Church in York with the Reverend Art Phillips officiating. Burial will be in York’s Greenwood Cemetery. Visitation will be Tuesday from 9:00 a.m. to 8:00 p.m., with her family greeting friends from 6:30-8:00 p.m., that evening at the mortuary. Memorials may be directed to her family for later designation.