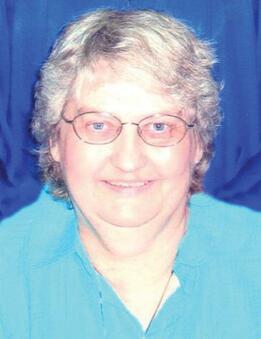 She was born Oct. 14, 1946 at Cedar Rapids to Albert and Theola (Killian) Staashelm. Sandy was a former school teacher at Henderson Community School and most recently had worked at Epworth Village in York and Dart Custom Imprinting in Henderson. She loved doing graphic design and attending family activities.  She was an avid reader, writer and painter. She especially enjoyed watching western movies.

Memorial services will be held at 10 a.m., Monday, Dec. 12, 2016 at the Faith Evangelical Bible Church in Henderson. Inurnment will follow in the F.E.B C. Cemetery in Henderson. Sandy has been cremated.  The family will greet friends on Sunday from 7-8:30 p.m. at the mortuary in Henderson. Memorials may be directed to Kilgore Memorial Library or to the family for later designation.​