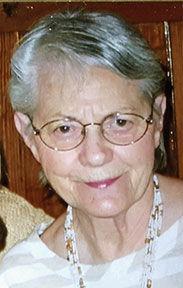 She was born July 3, 1927 in rural Beaver Crossing to Hugh and Goldie (Gentry) McCracken and was a longtime member of the United Methodist Church. Ruth loved spending time with her children and grandchildren, enjoyed flowers and being outside in the Colorado mountainside. She loved traveling and spending time with all her friends and family. She was married to Harvey Robinson at the Christian Church in Beaver Crossing in 1949.

Her grandchildren include: William and Erin Robinson of Cheyenne, Wyo., Robert Robinson and Danielle Hale of Friend, Andrew and Jade Robinson of Lincoln, Amy Robinson of Beaver Crossing and Emily and Lane (Robinson) Van Horn of Lincoln, Gina and Kevin Takeshita of Broomfield and Kara Sandlian of Broomfield. Great-grandchildren include: Chase, Avianna, Piper, Wyatt, Dakota, Gage, Akio, Ryu and Marcus. Also surviving are many nieces, nephews a host of friends and loved ones.

She was preceded in death by her parents, husband, brothers and sisters.

Funeral services are scheduled for 10 a.m. Monday, March 14, 2016 at the Utica United Methodist Church with the Reverend Tamara Lou Holtz officiating. Burial will follow in the Utica Cemetery. Memorials may be directed to her family for later designation. Visitation will be Saturday and Sunday from 1 – 9 p.m., with family greeting friends from 6 – 7:30 p.m. Sunday evening.​