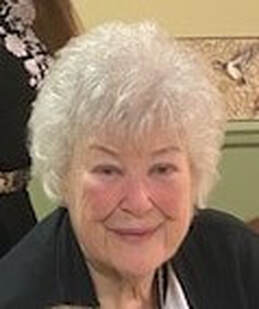 Rozella was a long-time member of Zion Lutheran Church at Thayer, NE now currently at Wessel Living History Farm south of York.  She worked at JJ’s Marina at Johnson Lake and also was a pilot car driver.  She enjoyed spending her time bowling, fishing, gardening, growing flowers and playing board games and she loved to entertain family and guests in her home.

Rozella is survived by her daughters Tammy (Cliff) Honn of Mulvane, KS, and Tanja (Roger) Bredwell of Polk, NE, her son Ty (Jody) Sackschewsky of Port Aransas, TX, ten grandchildren and nine great-grandchildren.  She is also survived by her sisters Verleen Ellis of York, NE and Judy (Tony) Fye of Aurora, NE.

She was preceded in death by her parents, husband Delmar, daughter Tory, brothers and sisters-in-law Wayne and Lois Jones and Victor and Carol Jones.
​
Memorial services will be held at 10:00 a.m., Friday, December 10, 2021 at Zion Lutheran Church at Wessel Living History Farm south of York with the Reverend Lee Seetin officiating. Inurnment will be at Zion Lutheran Cemetery in Thayer, NE. Rozella has been cremated so there will be no viewing, however her family will greet friends from 6-7:30 pm Thursday evening at the mortuary in York.  In lieu of flowers, memorials may be directed to the family for later designation.
​
Condolences may be emailed to Metz Mortuary Messages will be given to the family.
Find our featured Mortuary in Family Services, Funeral Services and Grievance Services featured as a York, Nebraska Business in York Marketplace.
Location: Metz Mortuary | 109 South Lincoln Ave | York, Nebraska 68467 | Phone: 402-362-3351