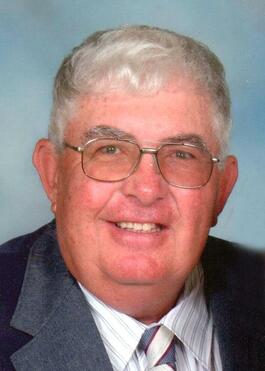 He was born Feb. 8, 1949 in Aurora to Albert and Mary (Mierau) Kliewer. On Feb. 21, 1969 he was united in marriage to Helen Schell and to this union two children were born. Roy attended schools in Stockham, York and Henderson. Roy and Helen owned and operated the Essan House in Henderson for ten years.

Roy worked for various farmers throughout his life and farmed with his son-in-law and grandson.

He is preceded in death by his parents; two sisters, Arlyce Heftie and Olene Tessman and one nephew, Dale Heftie.

Graveside services will be held at 9:45 a.m. Saturday, Jan. 21, 2017 at the Stockham Cemetery in Stockham with the Reverend Paul Nauman officiating. Memorial services will follow at 10:30 a.m., at the Stockham Community Church. Visitation begins after 5 p.m. Thursday at Metz Mortuary in Henderson and continues all day Friday. Roy’s family will greet friends later Friday evening from 6:30 - 8 p.m. at the mortuary. Memorials may be directed to the Stockham Community Church or to Grace’s Children’s Home in Henderson. ​