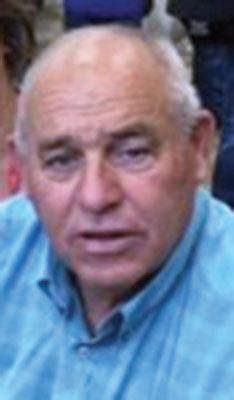 He was born Nov. 30, 1949 at York to J.D. and Verla (Cotner) Hirschfeld and was a lifetime farmer in the Benedict area. He was a member of the United Methodist Church in Benedict, the York County Ag Society, Pork Producers, past member of the Benedict School Board, was a York County 4-H Leader, member of NSR and CPS Associations, CPS Hall of Fame Inductee, and received an honorary degree from the York FFA. A professional joke teller, he loved his family, especially spoiling his grandchildren. Ross loved making people laugh and was always there to lend a helping hand.

Ross was preceded in death by his parents; parents-in-law and one nephew.

Funeral services will be held at 10:30 a.m., Thursday, Dec. 8, 2016 at First United Methodist Church in York with the Reverend Dan Spearow officiating. Visitation will be held from 5 – 8 p.m. on Tuesday Dec. 7, and continue on Wednesday from 9 - 8 p.m. with his family greeting friends later that evening from 6 - 8 p.m. at Metz Mortuary, York. Memorials may be directed to the Benedict United Methodist Church, and a scholarship fund aimed at helping future Ag leaders. ​