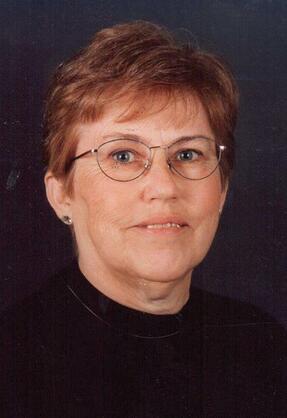 She was born June 13, 1942 in Mobridge, S.D. to Samuel and Clara (Wade) Merkel. She grew up in South Dakota and graduated from Plainview Academy in Redfield, S.D. When Punky met James A. Manharth on a blind date it was “love at first sight”.  They later married on Aug. 25, 1960 at Selby, S.D. The union was blessed with two children, Deb and Daniel.

Punky formerly worked at Square D, Russell Stovers, and was a nurse’s aide for several years. For 20 years she was the Walworth County Auditor in Selby, S.D. She had many interests including crocheting, sewing, gardening, canning, and collected “Denim Day” figurines. She was an EMT volunteer as well. Jim and Punky enjoyed dancing, bowling, and family genealogy projects. Punky was a loving wife, mother, grandmother and friend.

Survivors include her husband, Jim of York; daughter, Deb McQuistan, husband Bob and their children Justin of Orlando, Fla., Jon of Omaha and Alexa of Austin, Texas; son, Daniel Manharth and his son Jake of Atlanta, Ga.; brother, Kenny Merkel of Lincoln; sister, Arloa Ingram and her husband Jerry of Rogers, Ark.; and brother-in-law, Gary Manharth and his wife Margie of Wildwood, Fla.

Private funeral and graveside services will be held on Friday, Oct. 10, 2014. There will be a public visitation Thursday evening from 5-9 p.m. at Metz Mortuary. Memorials may be directed to the Nebraska State Stroke Association.​