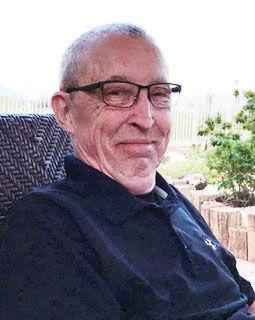 Ronald Louis Myers, age 63, of Thornton Colo., passed on Sunday, March 5, 2017 in Cottonwood, Ariz. while on vacation.
Ron was born on May 22, 1953 to Laurence and Lois Myers in York. He grew up in York and graduated from York High School in 1971 and Doane College in 1992. Ron worked as a Human Resource Manager for over 25 years, most recently as the Senior Human Resource Manager for Cabela’s Inc. at the Corporate Office in Sidney. There he met Shelley Strasheim, and the two were united in marriage on Jan. 2, 2014 in Boulder, Colo.

Ron was very proud of his family and loved helping and taking care of people whether he was a mentor, father, brother or friend. He will be dearly missed by all who knew him.

Ron was previously married to Verleen (Huber) Barrett, for whom two sons were born and Teresa (White) Myers, who passed away Dec. 11, 2012 in Scottsbluff.

He is preceded in death by his father, Laurence and Teresa White and aunt, Lois King.
​
Graveside service will be held Saturday, March 25, at 11 a.m. at Greenwood Cemetery in York, Nebraska. No viewing or visitation. Memorials may be directed to the family for later designation.