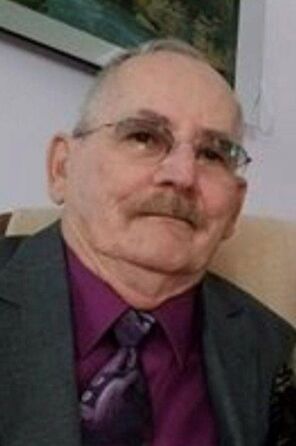 He was the youngest of three children. The family moved to a small farm near Kinderhook, New York where he lived until his parents moved to Florida when he was 7 years old. He grew up in Fort Lauderdale with his brother Eddie and sister Patricia.

Ron entered the Air Force in 1963 and took his basic training at Lackland Air Force Base in San Antonio, TX. He was later stationed at Whiteman Air Force Base in Knob Noster, MO as military police. He married Martha Keller in 1964 and their son Ron Jr was born in Sedalia, MO. In 1966, Ron served in Cam Rahn Bay, Vietnam until 1967. He was discharged from the service in 1969 as an A2C. He earned the Vietnam Service Medal, Air Force Good Conduct Medal, Small Arms Expert Marksmanship Ribbon, Standing Unit Award and National Defense Service Medal. The family moved to Auburndale, FL and a second son, Jeffery was born before the family moved to Nebraska in 1970.

Ron worked as a mechanic for the Ford garage, bus driver and mechanic for York Public Schools transportation system and a lineman for NPPD before opening his own auto repair shop in 1983.

Family members enjoyed many trips and adventures on motorcycles to visit Sturgis, multiple state capitols, Canada, and numerous different states. Ron enjoyed having coffee with friends, and he especially loved time with his family. Sunday lunches were a very special time shared with his sons. He also enjoyed hearing stories about everyone’s work week and his grandchildren’s active lives.

Ron was preceded in death by his parents, Arthur Mogul, Charlotte (Wager), his brother Edward Mogul and sister Patricia Carroll, step parents, Marian Mogul and Glenn McGeehen, also some step brothers, aunts and uncles.
​
Funeral services, with full military rights, will be held at 1:30 p.m., Saturday, August 20, 2022 at East Hill Church of Christ in York, with Willis Hood officiating. Interment will be at a later date in  Richland County, MT. Visitation will be held from 1-8 p.m. on Friday at the mortuary with the family greeting friends from 6-7:30 p.m.  Memorials may be directed to the Church of Christ Disaster Fund-Nashville, TN.