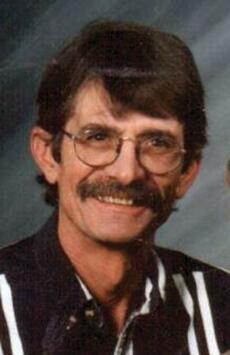 He was born Oct. 11, 1952 in Beatrice. Ron was a veteran, having served in the US Army. He worked as an electrician.  Ron was united in marriage to Jeanette Sorensen on Aug. 23, 1996 in Aurora and the couple made their home in Bradshaw. Ron’s hobbies included collecting arrowheads, fishing, gardening, and he was an avid card player.

Left to cherish his memory are his wife, Jeanie of Bradshaw; son, Charles (Kim) Chollar of Danebrog; daughters, Karri (Michael) May of Stromsburg and Jaime (Danny) Robinson of Smyrna, Ga.; grandchildren, Mandy (Matt) Weber of Grand Island, Justin (Lora) Splain of Brandon, Fla. and twins, Samuel and Alax Robinson of Smyrna, Ga. Also surviving are a sister, Delores Firch and an aunt Wilma James of Steele City. Ron was preceded in death by his parents.

Memorials services will be held at 10 a.m. on Friday, May 8, 2015 at the Metz Chapel in York. There will be no viewing or visitation as it was Ron’s wish to be cremated. Memorials may be directed to the family for later designation.
​
Condolences may be emailed to Metz Mortuary Messages will be given to the family.