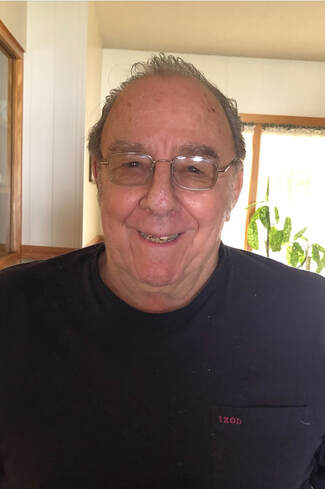 Ron graduated from Johnstown (PA) Senior High School in 1956 and then became a member of the United States Navy. He graduated from US Naval Training Center in Great Lakes, IL in August 1956 and was honorably discharged in 1960 after 4 years of service.

He had various jobs over the years, most notably 33 years of service at Campbell Soup in Fremont and Omaha, Nebraska.
​
Ron was patient, kind, generous, silly, goofy, a big kid in a man's body. He loved Nebraska football, playing cards, fishing, dancing, peanut butter, Chocolate ice cream, peanut M&Ms, casinos, keno and bingo. He was never afraid to laugh at himself! But he loved his family first and foremost above everything else! He will be greatly miss by all of us.

He was preceded in death by his parents, his sister Marlene (Friedman) and husband Frankie Dale Rollins, brother Gary P Friedman, and second wife Ethel (Mueller) Friedman
​
Memorial services with military honors are scheduled for 4:00 pm, Wednesday, April 20, 2022 at Metz Chapel in York. Ron has been cremated, no viewing, but his family will greet friends on Tuesday evening from 6:00-7:30 pm at the mortuary. In lieu of flowers, please donate to the Alzheimer’s Association in his name. The service will be streamed live on Metz Mortuary’s Facebook page.
​
​Condolences may be emailed to Metz Mortuary Messages will be given to the family.
Find our featured Mortuary in Family Services, Funeral Services and Grievance Services featured as a York, Nebraska Business in York Marketplace.
Location: Metz Mortuary | 109 South Lincoln Ave | York, Nebraska 68467 | Phone: 402-362-3351