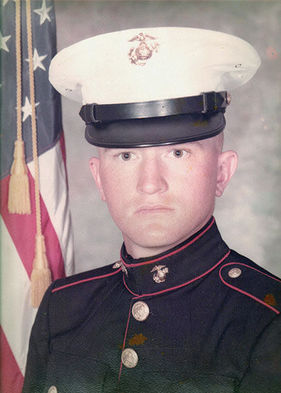 Ronald Lee Brown, age 64 of York, passed away on Saturday, Dec. 23, 2017 after a lengthy illness.
He was born June 17, 1953 in Brunswick, N.J. to Olga (Lavae) and John Brown. At a very young age they relocated to Universal, Ind. where he was raised. He married Gayle Edington on Oct. 15, 1971 in Universal. They were teenage sweethearts. They were blessed with three children: Ronald Lee II, Tonia Ann and Mark Allen.
He previously served his country for almost 20 years, in the Marines 2/15/1972-6/14/1974 and then the Army 10/31/1974-8/8/1983. He was a loving husband and father. Ron and Gayle celebrated their 45th Anniversary in October.
In his spare time he was an avid fisherman, enjoyed family activities, the outdoors, camping, hiking, and swimming. They relocated to York in 2014 and loved the people and the state. He will be greatly missed by family and friends. Gone, but never forgotten.
He is survived by his wife, Gayle of York; children, Ronald Brown II of Universal, Ind., Tonia Brown of York and Mark (Lora) Brown of York. He is also survived by two brothers, John Brown Jr. of Rantoul, Ill. and Frank Brown of Indianapolis, Ind. and his sister Susan Brown of Indianapolis, Ind. He was preceded in death by his parents.
Funeral services are scheduled for 2 p.m., Friday, Dec. 29, 2017 at Metz Chapel, York. Interment with military honors will follow at Greenwood Cemetery, York Visitation will be held on Thursday from 1 - 8 p.m. at the mortuary and one hour prior to services. Memorials may be directed to the family for later designation.
​Metz Mortuary, York is handling arrangements.