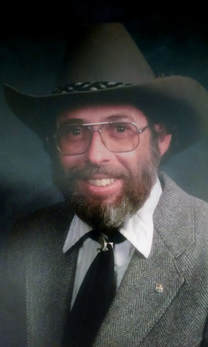 Rolland Lee Peterson, age 67, of York, NE, died Sunday, May 20, 2018 at York. He was born December 25, 1950 in Stromsburg, NE to Leland and Milas (Nielsen) Peterson. Rolland was employed at the Nebraska Public Power District for 37 years as a stores clerk. He was a member of the First Evangelical Lutheran Church in York.

Rolland was a member of the Elks and Eagles Clubs in York. He served as an Officer for the Elks, and was a past President of the Eagles. His hobbies included: dancing, woodworking, music, tinkering, fishing, camping, and gardening.

He is survived by his son Roger (Diana) Peterson of Papillion, NE, siblings Kelvin (Joyce) Peterson of York, and Mileen (Bruce) Bastian of Omaha, NE. He is also survived by special friend Carman Ulmer of Sutton, NE.
He was preceded in death by his parents, and daughter Angela D. Peterson.

Funeral services are scheduled for 10:00 am, Friday, May 25, 2018 at the First Evangelical Lutheran Church in York, with the Reverend Karen Tjarks officiating. Interment will follow at the Greenwood Cemetery, York. Visitation will be held 1:00 – 8:00 pm, Thursday, with the family greeting friends from 6:00 -7:30 pm, Thursday evening at the mortuary. Memorials may be directed to the family for later designation.