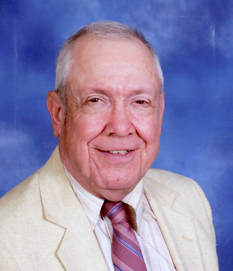 Roger Willis Maronde, age 68 of York, NE died Monday, April 30, 2018 at York.
He was born March 30, 1950 at York to Willis and Velma (Reetz) Maronde and was baptized April 16, 1950 at St Paul’s Lutheran church north of York. Roger was confirmed May 17, 1964 at Emmanuel Lutheran Church in York. In 1968, he graduated from Benedict High School and then from the University of Nebraska at Lincoln in 1978. A United States Navy Veteran, he served his country from 1968-1972 being stationed state side, and later in the Philippines. Roger lived most of his life in Omaha working for United Electric before retiring in 2015. After retiring he moved back to York and enjoyed volunteering, traveling the world, biking, ball games and spending time with his family and friends.
He was a member of Faith Lutheran Church in York where he was a member of the Lutheran Laymen’s League and enjoyed attending Bible studies.
He is survived by his brother Steve and his wife Gail Maronde of Benedict; nieces and nephews include Christopher and Bethany Maronde, Samantha and Rachel all of Lincoln, Brian and Molly Maronde, Emma and Brody of York. Jeffrey Maronde and fiancé’ Kirsten Applegate of Stanberry, Missouri.
He was preceded in death by his parents.
Funeral services are scheduled for 2:00 p.m., Thursday, May 3, 2018 at Faith Lutheran Church in York with the Reverend Dr. Heath Trampe officiating. Burial will be in St. Paul’s Cemetery northeast of York. Visitation will be from 1:00 – 8:00 p.m., Wednesday at the mortuary with his family greeting friends from 6:30 – 8:00 P.M., later that evening. Memorials may be directed to his family for later designation.