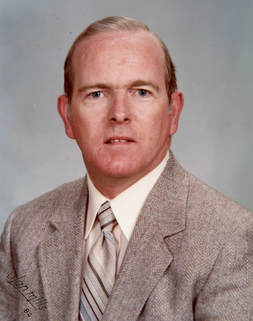 Roger A. Maneely, age 78 of York, NE died Wednesday, March 14, 2018 at Fairmont, NE. He was born October 7, 1939 at Thayer, NE to Robert and Alma (Campbell) Maneely. Roger worked for J.M. McDonald’s in York for 13 years before retiring to help janitor at the Lincoln Elementary School for one year. Roger attended York College and served in the United States Air Force from December 1, 1958 to May 27, 1960, and also belonged to Disabled American Veterans. On August 9, 1968, he was married to Judith Bettger at Kearney, NE. Roger was a member of the First Presbyterian Church in York where he was very active and enjoyed Bible Study. He enjoyed fishing, collected coins and stamps, and his Irish heritage. He enjoyed spending time at the York Senior Center.
He is survived by his wife Judy of York, son David (Karie) Maneely of Columbus, NE, and grandchildren: Alexis (Christopher Rhoades) Maneely of Columbus, Thorin Vincent of Prescott Valley, AZ and Katie Maneely of Iowa, great granddaughter Isabella Abbott of Columbus, nieces, nephews, and a host of friends.
He was preceded in death by his parents, two brothers Tom and Richard, and sister Margaret Heine.
Funeral services are scheduled for 10:00 AM, Saturday, March 17, 2018 at the First Presbyterian Church in York with the Reverend Dr. Michael Eickhoff officiating. Visitation will be held Friday, March 16, 2018 from 1-8 pm with the family greeting friends from 5-7 pm that same evening at the mortuary. Burial with military honors will be held at Greenwood Cemetery in York. Memorials may be directed to the Disabled American Veterans.