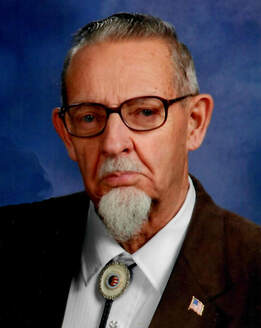 On December 9, 2018 Roger B. Blum, age 83 of York, NE answered the call of a distant trumpet to a new life of eternal rest. He was born January 11, 1935 in York, NE to Walter and Hertha (Fuss) Blum and was a longtime member of Emmanuel Lutheran Church in York.  He was baptized at St John’s Lutheran Church south of Waco, NE and confirmed at Emmanuel Lutheran Church in York in 1949. Roger graduated from York High School in 1953 and was employed by the Ford Dealer in York until 1956 when he joined the Nebraska National Guard and requested active duty in the Army. He served in Italy for a year and a half working with the first Honest John Rocket. After active duty, he returned to serving in the National Guards. He was with the unit when it was called up for the Berlin crisis. His unit was in Fort Carson, CO for a year. He served his country for more than 30 years retiring in 1983 as a Master Sergeant.

He worked as a heavy equipment operator, helped build grain elevators in York and Minneapolis, MN. In 1964, he was employed as a truck driver for Champion Mobile homes for over 36 years. He was loyal and respected, and always presented a neat professional demeanor. He considered himself as a loner and preferred to operate alone when possible. Roger and Patricia (Jody) Summers were married November 2, 1965 in Kansas City, MO. Roger and Patricia, (who provided wide load escort service for him when time permitted) saw much scenic beauty together. Including many zoos, museums and places many tourists would never consider. Together, they both enjoyed big game hunting and hunted in 5 states plus Canada as well.

He is survived by his wife Patricia “ Jody” of York, his sister Donna Nelson of Lincoln, NE, four nieces: Carol Petersen of Arlington, VA, Beverly Seifert of Oregon City, OR, Eileen Ness of Albert Lea, MN and Linda Hanneman of Lincoln, NE. Also surviving are the Kopcho families and his godson Jacob Kopcho of York.

He was preceded in death by his parents, step-mother Marie (Haines) Blum, twin sisters: Arlene Blum and Darlene (Robert) Petersen.

Funeral services will be held 2:00 p.m., Thursday, December 13, 2018 at Emmanuel Lutheran Church in York with the Reverends Mike Neidow and Ben Kaiser officiating. Military interment will be held in the Greenwood Cemetery in York. Visitation will be from 5-8:00 p.m., Tuesday and then all day Wednesday from 9-8:00 p.m., at the mortuary in York. In lieu of flowers or plants, memorials may be directed to the Lutheran Hour Radio or to Greenwood Cemetery in York.