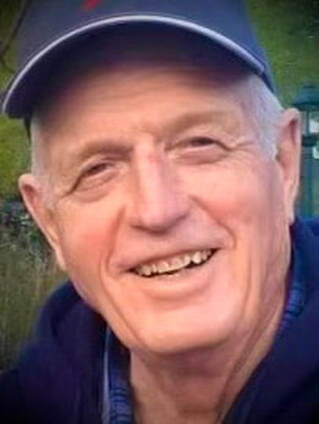 Roger Allen Wiebe was born April 30, 1942, to Louis and Elisabeth (Rempel) Wiebe in Beatrice, NE.  When very young, he accepted Jesus Christ as his personal Savior and was baptized in 1958 by Rev. Leo Miller at First Mennonite Church of Beatrice, NE.

Roger grew up on a farm near Filley, NE, and at an early age, he already had a love for farming and machinery.  One could find him in the shop fixing or making things to be used around the house or farm.  As soon as school was over, he couldn’t wait to get home and go out to the field. He always enjoyed springtime when country school was dismissed in April, so that he could help on the family farm.

In 1967, Roger served a term of voluntary service in Brazil, working with farmers and clearing land for a coffee plantation.  Upon his return from Brazil, Roger and Coletta were married on October 11, 1969.  Following their wedding, Roger attended the University of Illinois and graduated in 1971 with a master’s degree in Agronomy.  Shortly after, they both went to Brazil for a joint term of voluntary service where he helped farmers and also dug wells for a clean water supply.  He enjoyed being creative using methods of farming without the help of modern tools and equipment.

When they completed their term of service in 1973, they settled in Henderson, and started to farm.  Roger loved God, his family, farming, and flying.  He was a member of Community Bible Church in Lushton, NE, until his death on Saturday, December 31, 2022, at the age of 80.

​He is survived by his wife, Coletta, three daughters and their families, one sister, Elaine (Harold) Penner of Beatrice, NE, two brothers-in-law, Ron (Alice) Lora of Bluffton, OH, Gary (Donna) Lora of Findlay, OH, and one sister-in-law, Gloria Webb of Boise, ID, along with many nieces, nephews, and cousins.

Roger is preceded in death by his parents, parents-in-law, and brother-in-law, Steven Webb.

Graveside services are scheduled for 9:45 am Friday, January 6, 2023, at the Buller Mennonite Cemetery  Southeast of Henderson. A memorial service will follow at 10:30 am Friday at Community Bible Church in Lushton with Dr. Greg Koehn officiating.  No viewing or casket present. However, friends are welcome to sign his register book on Thursday from 1-9 pm at the mortuary in Henderson. Roger’s family will then greet friends from 6-7:30 pm that same evening at the mortuary. In lieu of flowers or plants, memorials may be directed to ­­­Community Bible Church, Samaritan’s Purse Ministry, or Turning Point Ministry.