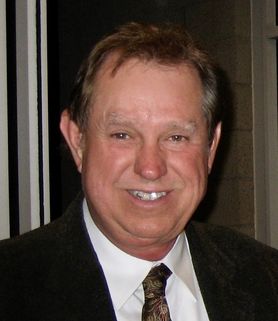 Bob was born in York, NE on October 19th, 1944. Upon graduating York High School, he attended the University of Nebraska Lincoln. He married the love of his life, Joan DeBoer in 1966. He served his country in Vietnam in 1968-69.

Bob was a lifelong entrepreneur and business owner. He and Joan first opened and operated the Buffalo Chips Saloon, a popular college bar, followed by the Peppermill Restaurant in Kearney, NE. In 1988, the family moved to Huntington Beach, CA to start a technology company which he ran successfully with Joan and his daughter Kathy until his retirement in 2010. After retirement, Bob loved serving his fellow veterans by volunteering at the VA in Long Beach for 9 years.

Bob enjoyed the outdoors, the mountains, and living the western lifestyle. He loved cooking, country music, and Nebraska football. He had a hankering for guns, whiskey, and cherry pie. But mostly, Bob loved his family, friends, and God; the pillars of his life. A courageous man he was; a man who never gave up, and who lived his life with hope, love, and purpose. His smile, laughter, and loving spirit will be missed beyond words.

A Celebration of Life ceremony will be held at 1:30 p.m., Friday, September 21, 2018 at the Metz Chapel in York. Private family inurnment will be held at a later date. Memorials may be directed to his family for later designation.  A reception to follow at the Chances ‘R’ restaurant in York.