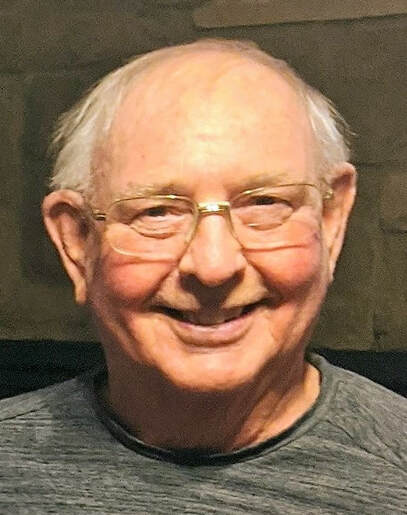 Robert (Bob) Leroy Pettey, age 70, passed away peacefully on October 3, 2021, after a long battle with COPD and related respiratory conditions.  Bob was born in York, NE, to Leroy and Luella (Wagner) Pettey.  Bob grew up on the farm, starting school in Polk, NE.  At age seven the family moved to the family farm in Bradshaw.  He graduated in 1970 from Bradshaw Public Schools and started farming with his parents in 1972. In 1974, he was united in marriage to Sandra Seebree.  They moved into the great-grandparents home on Lincoln Creek, north of Bradshaw.  To this union they had a daughter, Sara Lynn.  Bob was a great conversationalist who was always ready for a game of cards with friends.  He had many lifelong relationships with family and family-like friends.  Bob retired from farming after 35 years and moved to York in 2007.  Sandra passed in 2013 due to complications from ALS.  Bob met and married Martha Bitker in 2015.  Robert was previously a member of the Bradshaw Volunteer Fire Department.

Bob was preceded in death by his parents, wife Sandra, infant twin sisters and brother-in-law, James Thieszen.  He is survived by his wife Martha of York, daughter Sara of David City, step-son Charles (Betsy) Bitker and grandsons Josiah and Titus Bitker of Lincoln, sisters, Carol Thieszen of Lincoln, and Barbara (Thomas) Budler of Grand Island, and nieces and nephews.

Graveside services will be held at 2:00 p.m., Wednesday, October 13, 2021 at Greenwood Cemetery in York, NE, with the Reverend Mary Scott officiating.  Friends and family are welcome.  Robert chose cremation so there will be no viewing or visitation. Memorials may be directed to AseraCare Hospice or the family. ​

​
Condolences may be emailed to Metz Mortuary Messages will be given to the family.
Find our featured Mortuary in Family Services, Funeral Services and Grievance Services featured as a York, Nebraska Business in York Marketplace.
Location: Metz Mortuary | 109 South Lincoln Ave | York, Nebraska 68467 | Phone: 402-362-3351