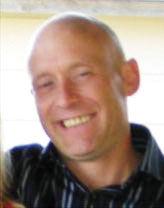 Bob was born into a military family and had the opportunity to live all over the world. He had a love for music, people, cooking and the outdoors. He enjoyed Nebraska and chose York to live out his final days. We will all miss his kind heart, great smile, laughter, love, and friendship. Our family would like to thank those that reached out your hearts and embraced our brother while he resided in York; we appreciate the love and friendship many of you shared with him.

Bob is survived by two sisters, Sharon Gardella and Linda Gardella. He was preceded in death by his parents John and Carol, two brothers Charles and Michael Gardella and his grandparents.

Robert has been cremated and there will be no local services. Memorials may be directed to the family. Metz Mortuary, York is handling arrangements.​