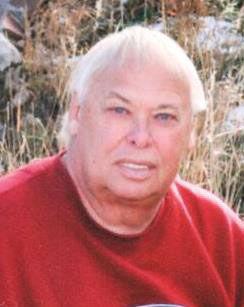 He was born Oct. 11, 1942 in York to Ervin and Esther (Markworth) Heiden. Bob and Jeannine Samson were married on Aug. 5, 1962 in York. The union was blessed with two children, Ronda and Rob. Bob farmed, worked for York Wholesale and worked for Champion Homes for 20 years. He then started his own business, Heide Auto Shine, retiring in 2013.

Bob was a huge Husker fan, as well as the Packers, Celtics and Dodgers. He loved bowling, NHRA drag racing, and traveling. Most of all, Bob enjoyed his family.

Bob was preceded in death by his father; step-father, Kenneth Klute and brother-in-law, Richard Samson.

Funeral services will be held at 10 a.m. on Saturday, Jan. 17, 2015 at Faith Lutheran Church in York. Interment will be in York’s Greenwood Cemetery. Visitation will be from 5-9 p.m. Thursday and from 9 a.m. - 9 p.m. Friday at the mortuary. The family will be present to greet friends from 6-8 p.m. Friday evening. Memorials may be directed to the family for later designation.​​