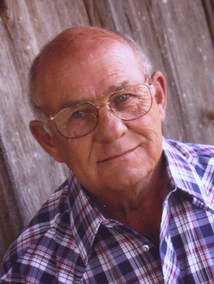 Robert “Bob” E. McCoy, age 79 of Friend, NE, died Monday, April 16, 2018 at Lincoln, NE. He was born on October 24, 1938 in York, NE to Ruth (Campbell) and Ralph McCoy. On May 16, 1957, Bob was united in marriage to Imelda “Red” Willms at York.
Bob served his country as a member of the United States Army. Bob worked his whole life and drove truck until he was 75 years old. He had worked for Jacobsen Transfer (Fairmont, NE), McMullen Trucking (Omaha, NE), and Friend Freightways (Friend, NE). He was a member of the Fairmont American Legion and Fraternal Order of the Eagles. Bob and his wife wintered the last 12 years in Texas. Friday nights were cribbage and card game nights with his family and he also enjoyed fishing. Most of all, he loved his family and spending time with his wife, children, and grandchildren.

​Bob is survived by his wife Red McCoy of Friend, NE, daughter Trudy McCoy of Exeter, NE, son Terry (Stacy) McCoy of Fairmont, NE, daughter Becky Luzum and her fiancé Ken Eller of Exeter, NE, and son Kenny McCoy of Fairmont, NE; 10 grandchildren, several great-grandchildren, and one great great-grandchild.
He was preceded in death by his parents, brothers Art and Lee McCoy, and son-in-law Jay Luzum.
Private family services. Memorials may be directed to the Fairmont American Legion.