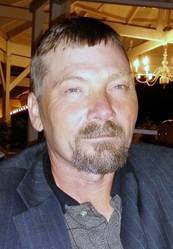 Robbie Jo Nun age 46 of York, Nebraska died Friday, March 02, 2018 at Waco, Nebraska.
He was born July 10, 1971 at Friend, Nebraska to Roger and Mary Ann (Lawrence) Nun. He was married to Chastity Neuhart, and to this union they had a daughter, Kiersten. Robbie and Chastity were later divorced. Robbie was employed as a Production Operator at Central Valley Ag in Waco.

He was preceded in death by his mother.
Memorial services are scheduled for 10:00 a.m., Wednesday, March 7, 2018 at the Metz Chapel in York with the Reverend Mike Neidow officiating. Cremation, No viewing or visitation however his family will greet friends from 6-8:00 p.m., Tuesday evening at the mortuary. Private family inurnment at a later date. Memorials may be sent to the family for later designation.

Condolences may be emailed to Metz Mortuary Messages will be given to the family.​
Find our featured Mortuary in Family Services, Funeral Services and Grievance Services featured as a York, Nebraska Business in York Marketplace.
Location: Metz Mortuary | 109 South Lincoln Ave | York, Nebraska 68467 | Phone: 402-362-3351