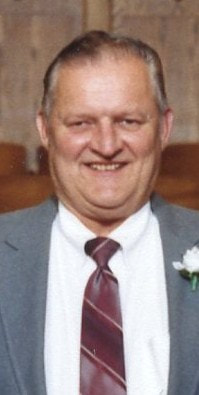 Richard William Abraham Scheil, age 77, of Henderson, NE, passed away, Friday, August 24, 2018 at Henderson, NE. He was born June 12, 1941 in York, NE to Ervin and Altina (Comstock) Scheil. Richard worked at Sunflower Carriers as a mechanic.

He enjoyed fishing, hunting, camping, woodworking, and built several muscle cars. However, he will be best remembered as a loving father and grandfather, and as someone who was always generous with his time.

He is also survived by his siblings Charles, Robert, David, Donald, Marabelle and Mary Jean.

He was preceded in death by his parents, and his siblings Ervin, Mary Lou, Arthur, Edwin, Georgia and Tom.

Funeral services are scheduled for 10:00 AM, Friday, August 31, 2018 at the Mennonite Brethren Church in Henderson. Private family inurnment will be held at a later date. Visitation will be held from 5-8 PM Wednesday, with family greeting friends that evening from 6-8 PM at the mortuary in York. Visitation will continue 9 AM – 8 PM Thursday. Memorials may be directed to the family for later designation.