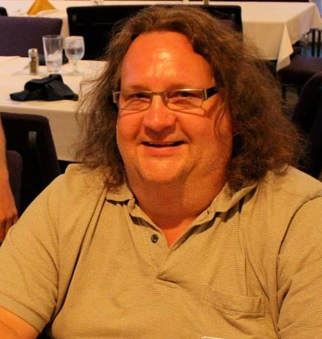 He enjoyed rock n roll and was a member of the KISS Club. He liked going to garage sales with the girls, gardening, and spending time with his great nephews.

He is survived by his brother John E. Nolan of York, sisters Ronda Nolan of York and Cheryl Nolan of Carleton, NE, nieces Sarah (Ryan Scott) Stearns of York, Britney (Fenton) Phan of York, Carey Stearns of Beatrice, NE, and Chelsea Nolan of Booneville, MS, four great nephews, and a great niece. He was preceded in death by his parents.

Funeral services are scheduled for 2:00 pm, Friday, August 3, 2018 at Metz Chapel in York with Glenn Dallmann officiating. After services, Richard will be cremated and a private family inurnment will be held at Greenwood Cemetery, York. Visitation will be from 1-8:00 p.m., Wednesday and then all day Thursday with his family greeting friends later that evening from 6-7:30 p.m., at the mortuary. Memorials may be directed to the York Fire Department.